While spending almost a year now writing the 30-year history of American Women Artists at our thirtieth anniversary, I have become intrigued by a dozen Canadian women artists who have become AWA members and participated in our exhibitions. How do they know about us and why have we not done more to attract these talented women artists to our rosters? Two of our AWA Canadian members: Cathryn Jenkins, Master-Signature Member, British Columbia, exhibited in 2012-2013 and Ester Sample, Comox, British Columbia, Associate Member rose to Associate with Distinction in 2020. 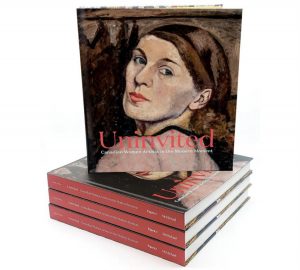 Catalogue for UNINVITED: Canadian Women Artists in the Modern Moment

This year a major show has originated at the McMichael Gallery in Kleinberg, Ontario, 22 miles north of Toronto, and precipitated a new and revealing look at Canadian women artists working from the 1920s through the 1940s. During this same period the public was focusing on the Canadian Group of Seven, a small number of male artists who took to the northern territories of Canada to paint their native wilderness, symbolic of Canadian nationalism. These talented contemporary women artists were working alongside these men and were virtually unknown then and forgotten until recently. This exhibition will travel to the Glenbow Museum in Calgary, Alberta from February 19 to May 8, 2022.

The anonymity of these women artists has changed as a result of this a new exhibition, related events, and traveling itinerary organized by the McMichael Collection. Titled UNINVITED: Canadian Women Artists in the Modern Moment, the project was curated by well-known critic, writer and now chief curator at the McMichael, Sarah Milroy, and her staff. This project includes a handsome catalogue, already out-of-print, which includes essays by writers on thirty-nine women artists and also celebrates named indigenous women artists working in traditional media during this time. The impressive catalogue is available on Amazon.

The McMichael Canadian Art Collection describes the show this way:

. . .a major exhibition of Canadian women artists which coincides with, and offers commentary on the centenary celebration of the Group of Seven. This exhibition will gather more than 200 pieces of art by a generation of extraordinary women painters, photographers, weavers, bead workers and sculptors from a century ago—pioneers who opened new frontiers for women artists in Canada . . . . 1

The McMichael Canadian Art Collection is located on a magnificent campus that is devoted to Canadian and Indigenous art, both historical and contemporary. The permanent collection includes 6,500 works by artist Tom Thomson, the Group of Seven, their contemporaries and First Nations, Métis, Inuit—all who have contributed to the development of Canadian art. The McMichael Collection of Art began in 1952 by the McMichaels who purchased land in Kleinberg and started collecting this art. In 1965 the Province of Ontario accepted the gift of the McMichael home and their collection of 194 artworks.

Uninvited reconsiders the important women artists working at the time that their male counterparts rose to fame. Most Americans know, of course, about the remarkable career of Emily Carr and her contributions to the art world through her depictions of Native peoples. I have written in this AWA blog on Doris McCarthy, a later generation woman artist influenced by The Seven (AWA Blog # 10). Neither of these women artists are included in this study.

Rather, Curator Sarah Milroy stresses that the curators, over a research period of two-years, shaped this project not as a wide swathe of rediscovered women painters, but instead, have focused on about forty artists who have been barely recognized or totally forgotten.  Milroy stresses that this project is not a survey but a more in-depth treatment of a finite number of women artists so that they can be understood more fully. She enlisted contributions by essayists who have spent their careers studying these figures but have not always had a platform to publish on these women artists and give them a rightful place in the public eye.2  Milroy has given an insightful virtual tour and discussion of the show available online (see Endnote 2).

Maria Tippett has reviewed the catalogue and makes salient points. Tippett emphasizes that like most women artists of any period, their work was excluded from major exhibitions and art societies and was given little financial grant support and private and public commissions. Even after the feminist movement of the 1960s and 1970s, these artists received less remuneration in private galleries and auctions. Tippett also points out Milroy’s limits on the exhibition’s focus that is dominated “. . . by artists from central Canada among whom are Pegi Nicol MacLeod, Paraskeva Clark, Frances Loring, Florence Wylie, Elizabeth Wyn Wood, Yvonne McKague Housser, Bess Harris (married to Lawren Harris, leader of The Seven), Suzanne Duquet, and Anne Savage, to name a few. Vera Weatherbie represents British Columbia’s contributions. 3 All these women artists focused on urban life, struggle, and figurative studies. They also produced stunning landscapes. 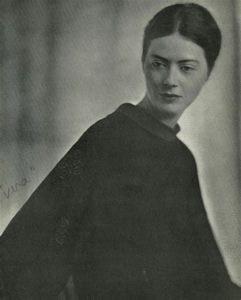 Of the women artists that Milroy and her team have selected, three stand out for me: Anne Savage (1896-1971) of Montreal who very much aligned with the Group of 7 and painted romantic views and rhythmic landscapes very much in the Nationalism movement at the time. She was an art teacher and founder of the Beaver Hall Group in Montreal. 4

Another favorite is Paraskeva Clark (1898-1986) who was also a political activist. Born in St. Petersburg, Russia, Clark’s leanings were in marked contrast to the Group of Seven’s lack of consideration of world issues. Clark painted with unique compositional strategies, influenced by Cezanne and Picasso.

Suzanne Duquet (1917-2000) was a painter of portraits and group figures, wonderfully rendered. She is so little known that there is practically no available information on her, until now.

The rest of the women artists are equally as interesting and talented. Jumping to the west coast to British Columbia, Vera Weatherbie (1907-1977) lived in Vancouver and had studied art in London. One can understand why she became a muse and model for the Group of 7. Unlike the other women, Weatherbie received early recognition in her career.

A note should also be given to two women sculptors of this period who converted an old church in Toronto into a home and studio. Frances Loring (1887-1968) and Florence Wyle (1881-1968) collaborated on many public sculpture commissions and their studio became a gathering place for local artists.

As is almost always the case, an issue that I have written about before, the Uninvited catalogue has sold out and is being republished. The McMichael staff challenged themselves to sell as many catalogues as were sold for a recent exhibition on a male Canadian artist—to the detriment of those of us wishing to get our hands on the publication. I have ordered my 320-page book on Amazon for $49; will you want to do the same? It’s the Holidays again. Time to treat yourselves and to learn more about our fellow northern compatriots in paint! 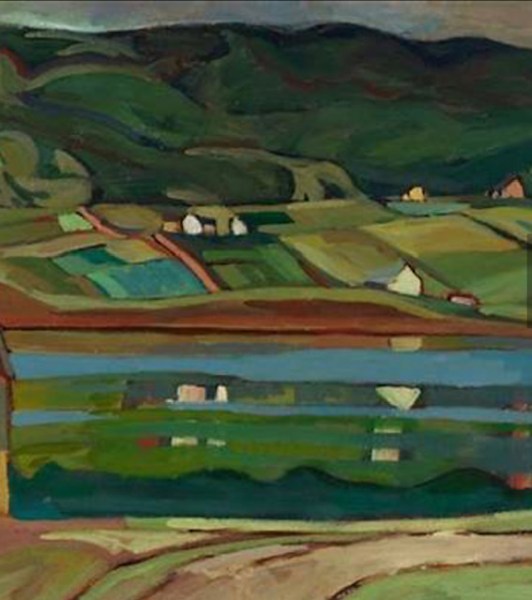