The lost stories of women artists cease to surprise me any longer, but Edith Lake Wilkinson’s journey is uniquely sad. Born in Wheeling, WV, to a banker and art teacher, she and her sister enjoyed comfortable childhoods. Like her mother, Edith Wilkinson (1868-1957) graduated from high school and went to New York City to study art at the Art Students League, arriving in 1888. She studied with renowned artists/teachers including William Merritt Chase and Kenyon Cox. 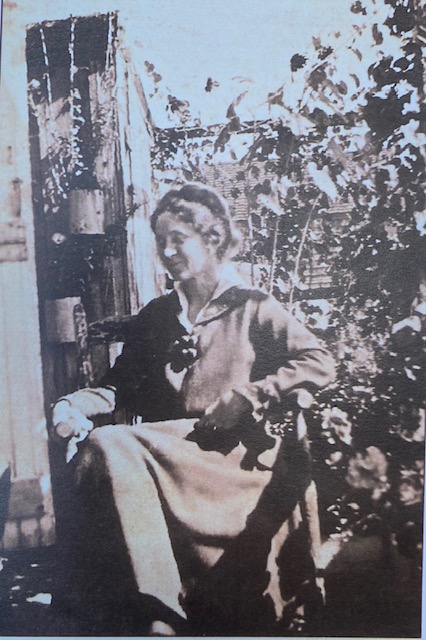 In 1892 Wilkinson traveled to Chicago to visit the World’s Columbian Exposition and was affected by the Woman’s Building, whose purpose was to highlight contemporary women’s achievements in all disciplines, including art. She observed that women could live independently, remain unmarried, and pursue successful art careers. Afterward, she briefly settled in Wheeling participating in local arts activities, but soon returned to New York City to receive an art education degree from Teachers College, Columbia University.

By 1899 Edith was also making regular trips to Europe to study art. In America during this time (1908-1911), she also met Andrew Wesley Dow (1857-1922), a much-sought-out teacher, and was influenced by his compositional theories and simply-designed abstraction. During this same time, she met Fannie Moore Wilkinson (1855-1931) who became her life partner. While the two women shared the same last name, they were unrelated. The twosome traveled widely and first visited the Provincetown, MA, an art colony on Cape Cod in 1911; thereafter, Edith regularly spent summers in this art colony. Edith Wilkinson worked alongside Charles Hawthorne and became active in Provincetown Art Association. Another draw to Provincetown was fellow West Virginian, renowned printmaker and artist Blanche Lazzell (1878-1956), who was a leader and proponent of the white-line method of carving color woodblocks.1 Wilkinson was not only an active printmaker but also worked in arts & crafts, batik, and painting on porcelain.

In 1922, Edith Wilkinson’s parents died of gas asphyxiation in their Wheeling residence and Edith’s life was changed forever. Despite acquiring a considerable inheritance, Edith was not to enjoy it. A local Yale-educated attorney, George Jackson Rogers, became the family’s estate executor and soon seized complete control of Edith’s monetary support. By March 1924, Edith was institutionalized in a mental hospital, Sheppard Pratt Hospital, in Baltimore, MD. Rogers’ motives and dishonesty have never been clearly determined and Edith became increasingly uncooperative as Rogers tightened control of her life and destiny. She was released from Sheppard Pratt for a brief period, but soon returned, where she lived for another 10 years. Sadly, in poor health herself, Fannie Wilkinson could not fight Rogers and died in 1931. Edith Wilkinson was soon transferred to the state mental hospital in Huntington, WV, where she spent the final 23 years of her life—with no contact with any family members and reduced to working in a few craft forms as her sole artistic outlet. George Rogers was discovered to be a scoundrel in 1935 and put in jail; yet Edith was never released from the mental hospital and died there in 1957.

Sometimes there is a compensatory ending to such a loss of a talented life. In the 1960s, relatives of Edith Lake Wilkinson found old trunks in the attic of a family home in Wheeling that were full of Edith’s art. Well-known Hollywood filmmaker Jane Anderson’s mother was that relative. She took much of Edith Wilkinson’s artwork back to her home in Northern California, where Jane grew up surrounded by them. She has written: “Edith taught me how to be an artist.” 2 Anderson and her partner, Tess Ayers, have worked tirelessly to introduce Jane’s great aunt and her talents to the general public. At a show in Provincetown in 2013, Anderson stated that “she has long felt a moral and a spiritual obligation to get Wilkinson’s name out into the public because here was a woman whose life and career were cut short.”3 In 2015 she produced a 77-minute documentary heralding Edith Wilkinson’s story titled: Packed in a Trunk: The Lost Art of Edith Lake Wilkinson.

Few artists have a life story that began with such incredible promise and success only to have that life decline into a scenario of forced confinement and loss. In many ways, it is a miracle that her art has survived—but survived it has—and the Huntington Museum of Art is proud to have worked with Wilkinson’s family to create this intimate portrait of one of West Virginia’s great, native-born artists.4

I am indebted to Geoffrey K. Fleming, Executive Director, Huntington Museum of Art, for sharing the catalogue: A Talent Forgotten: The Art of Edith Lake Wilkinson, which I have used as a primary source. 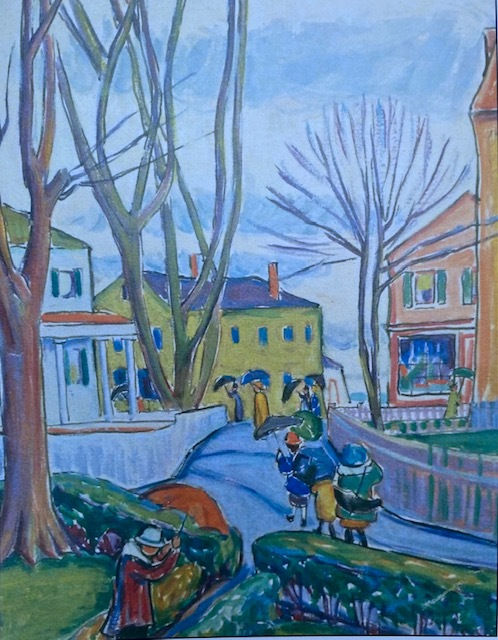 Steve Desroches, “Out of the Past: The Rediscovered Art of Edith Lake Wilkinson, online, Provincetown Arts magazine, October 9, 2013.