Artist Alice Neel was known throughout her career, but was “rediscovered” in a prodigious way over the past year due to a major retrospective of her work at the Metropolitan Museum of Art entitled Alice Neel: People Come First, accompanied by a catalogue by the same title [$50].  The first exhibition of her modernist work in two decades, this show was covered in major media platforms during its run from March 22 to August 1, 2021, and fans have flocked to New York to re-acquaint themselves with the artist. 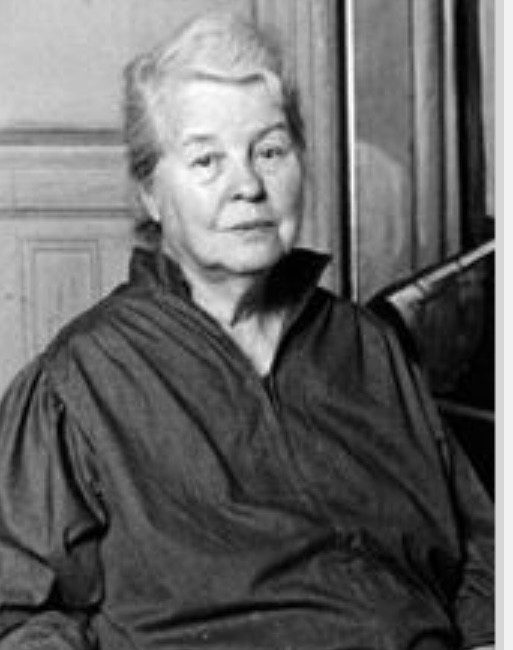 Alice Neel was born into a middle-class family in Colwyn, Pennsylvania, outside Philadelphia, and in 1921 she entered the Philadelphia School of Design for Women, established in 1848, the oldest art school for women in the country.  In 1932 it became Moore College of Art and Design.  In her study, Neel was greatly influenced by teacher Robert Henri, a leader of the Ashcan School, a movement that turned away from the pleasures depicted in Impressionism and focused on the everyday life of the masses with themes of poverty, race, and ordinary surroundings. Neel painted the human figure, often in an aberrant manner with strong brushstrokes and a highly-hued palette, as her conduit to portray neighbors, family, immigrants, and anonymous personalities. She eschewed painting in the style of the popular New York avant-garde, Abstract Expressionism, when she moved to the city and chose to live and work in bohemian Greenwich Village. She had two children with her first and only husband, artist Carlos Enríquez Gómez, and personal conflicts and tragedy contributed to a breakdown and her institutionalization in 1930.

Neel moved to Spanish Harlem in 1938 with a Cuban musician and had two more children.  As Hilton Als wrote in The New Yorker: “Neel’s Harlem apartment, a railroad flat filled with stuff of life, was her studio and way station, the home where she brought up two kids on welfare . . . and made work that was pretty much ignored until she became a feminist cause in the early seventies.” 1 Neel was fond of painting twins, single mothers with children, couples, gay figures of the Stonewall era and unknown characters. While Neel focused on the figurative, she sometimes painted a still life or neighborhood streetscape using the same objective observation and bizarre interpretation of these subjects.

After living in Spanish Harlem for 20 years, Alice Neel moved to the Upper West Side of the city and her reputation began to rise when she was discovered by art critics such as Harold Rosenberg in the early 1970s. This move and new beginning astonished many who associated her work with the poor when Neel began to paint portraits of celebrities and well-known people, including Andy Warhol, artist Faith Ringgold, and feminist art historian Linda Nochlin with her daughter, who famously wrote: “Why Have There Been No Great Women Artists?”  Her portraits were executed in her apartment, where she lived until her death. Neel used a single bulb for light by which to paint and often used the same chair to accommodate her sitters, changing only her color palette.  She was not above accepting commissions.

Many AWA artists are figurative painters, and may know of the recent recognition of Alice Neel’s work; I urge others to learn about Alice Neel: her life and oeuvre.  Her portraits are mesmerizingly intense and define her as a daring painter (she painted her self-portrait as a nude) and she was uncompromising with her sitters. Her portraits don’t portray the beautiful or the fancy, but rather bravely render urban diversity most often with its dark side.

Because there is so much current literature on Neel, I provide here only a partial Neel bibliography for further reading. I cannot, however, end this discussion without a tangential personal account of a friend who commissioned Alice Neel to paint her portrait in 1977.  At the very height of Neel’s reputation in New York, art historian and feminist Dr. Mary Garrard commissioned Neel to paint her portrait. This experience is recorded in an article Garrard wrote in 2006 entitled “Alice Neel and Me,” for Woman’s Art Journal. Mary’s Southern mother wanted a ‘society’ portrait of her daughter. Garrard knew that Alice would paint her in a very different manner, not in the traditional genre of “Southern femininity” or identity. Garrard describes three fascinating sittings with Neel and the defensive dynamics that developed between the two of them during the commission. 2

Alice Neel’s story is not only one of resilience but, now, serendipitously, one of enormous rediscovery. I particularly recommend the recording of Alice’s own voice in the podcast with Helen Molesworth and the richly-illustrated recent Metropolitan Museum of Art exhibition catalogue. 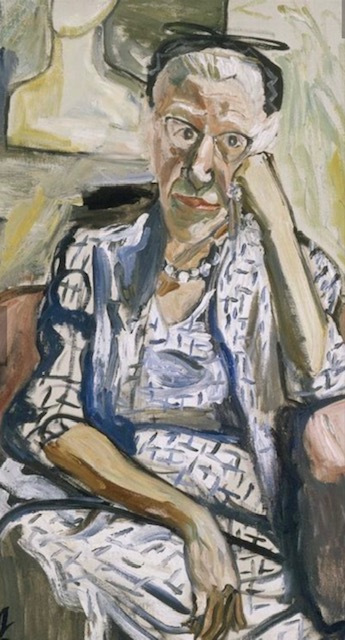 Phoebe Hoban, Alice Neel: The Art of Not Sitting Pretty, St. Martin’s Press, 2010 [on Kindle and hardback is expensive].