“Our Own Forgotten” Tucson Museum of Art

Having spent more than a year now writing the thirty-plus year history of the American Women Artists, years 1991 through 2022, my chronological research started with our inaugural seven-year history at the Tucson Museum of Art in Arizona.  For seven years, the emerging group of women artists who would become AWA, showed their work annually at this venue.  There were tumultuous issues both within and without as the founders of AWA began to find their footing in a turbulent atmosphere.  A dozen or so women artists left the museum’s annual show after 1994 because it focused solely on Western Art and they began to seek other national venues.  For two years, the Tucson Museum of Art was forced to hold a Call-for-Entries show and finally ended with a return to an invitational show in 1997, the last year of the exhibitions known as Women Artists and the West Show and Sale. When we recall AWA’s origins we think most often of leaders such as Star Liana York, Joni Falk, and Donna Howell-Sickles but other women artists, mostly forgotten today, were critical to our creation and are focused on here. 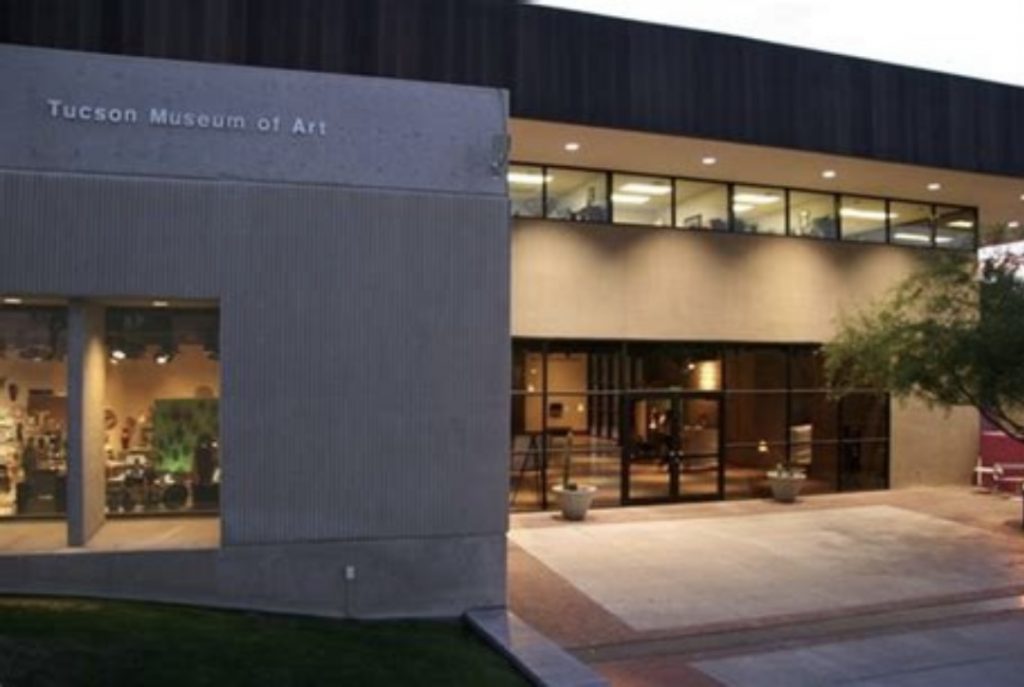 In 1990, the Tucson Museum of Art held an exhibition called Premavera: A
Celebration of Women in the Arts. The following year, the concept transformed
into the first Women Artists and the West Show and Sale. The series continued
until 1997, attracting artists throughout the American West. Every year, TMA
purchased a work for its permanent collection, expanding its holdings of women
artists of the American West. In addition, from this series, the American Women
Artists organization took root and ultimately became a national identity,
continuing to promote and exhibit women’s art throughout the country.

On view in A Look Back are examples of work from the art shows and are part of the collection. Some were purchased the year of the show or acquired later by private donations. These selections are displayed together in recognition of the impact the exhibitions had on the collections and the women artist community. 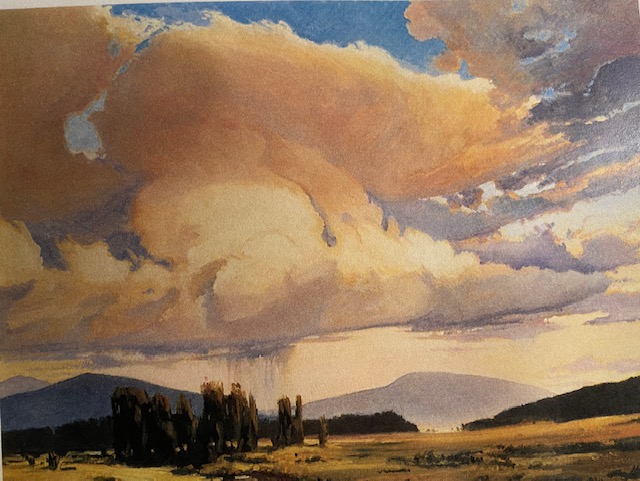 This announcement is illustrated by an artwork by Martha Saudek (b. 1932) who exhibited in the 1995 and 1996 exhibitions.  Dated 1995, this oil on linen is titled Evening Storm and was purchased for the permanent collection of the Tucson Museum of Art in 1996 through the Clay/Lockett Fund.

I have been in contact with Christine Brindza, Senior Curator and the James and Louise Glassner Curator regarding this project.  In a telephone interview, Brindza, the curator of the show, emphasized the purpose of this show to “highlight TMA’s early initiative to showcase women’s art in the early 1990.”  At the time of our conversation, it had not been determined if there was a purchase prize fund established at the museum.

In the history of American Women Artists, I have applauded the Tucson Museum of Art and its local supporters for their early and rare commitment to support art by women as a singular topic in the early 1990s.  AWA is proud that the museum has mounted this current exhibition that not only illustrates our genesis but also demonstrates how far our organization has come in the past thirty years. 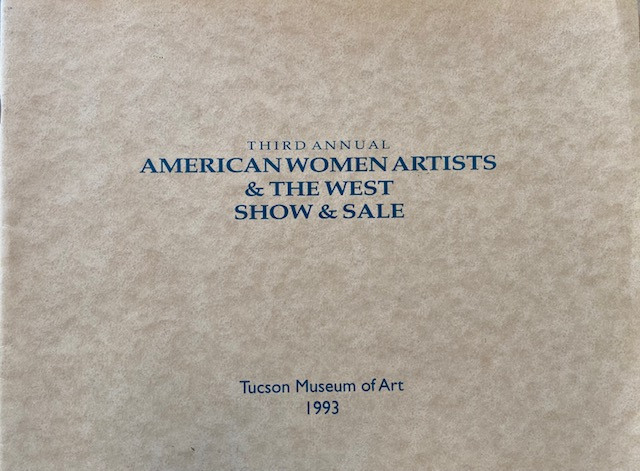