Planning for AWA’s national virtual show, Lifting the Sky: Elevating the Works of American Women Artists, is in full swing! We have recently confirmed the three jurors who will select the finalists, women artists that will collectively receive approximately $25,000 in awards recognition, including one deserving artist who will walk away with the $10,000 Grand Prize!

Emily Larsen is a curator and collage artist based in Utah. She currently works as the Head of Exhibitions and Programs at the Springville Museum of Art. She researches and writes about Utah artists, with a specific focus on Utah’s women artists c. 1880-1950.

The Springville Museum of Art is Utah’s first museum for the visual fine arts. Dedicated as a “Sanctuary of Beauty and a Temple of Contemplation” by David O. McKay, the Museum houses over 2,500 works. Utah art, twentieth-century Soviet Realist art, and American art comprise the Museum’s permanent collection. 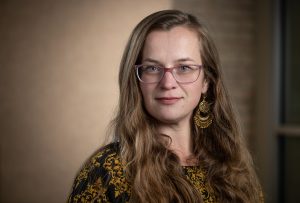 Monika Meler is the Foundations Art Coordinator and Assistant Professor at the University of Saint Francis, Fort Wayne, IN. She earned her B.F.A. from the Milwaukee Institute of Art and Design. She continued her studies at Purdue University, where she earned an M.A., followed with an M.F.A from Tyler School of Art, Temple University. While at Tyler, Monika spent a year studying in Rome, Italy.

Monika has exhibited her work extensively in group, juried, and solo exhibitions. She has completed residencies at Zygote Press in Cleveland, Kala Art Institute in Berkeley, Emmanuel College in Boston, Center for Contemporary Printmaking in Connecticut, Frans Masereel Center in Belgium, Cork Printmakers in Ireland, and Women’s Studio Workshop in New York. Solo Exhibits include The Color of Distance and Desire at the Western Colorado Center for the Arts, The Center That Cannot Hold at FrontierSpace in Montana, and The Distance Between at the Limerick Printmakers Gallery in Ireland. 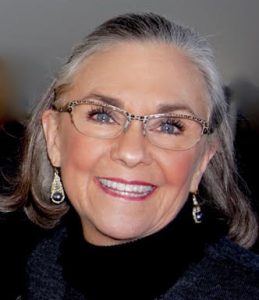 Mary Williams’ extensive career in galleries began when she moved to Colorado with her 3-year-old daughter when she was 30. Her career path includes opening multiple galleries–selling rare prints and maps–across Colorado for a businessman, including one in Aspen. After 13 years, Mary resigned to fulfill her dream of representing living artists while still selling antique prints and maps.

Mary Williams Fine Arts, located in Boulder, CO, opened its doors in 1996 with the intention of becoming specialists in representational fine arts, including contemporary art, antique prints, and reproductions. After just over two decades of working with artists from coast to coast, the artists that the gallery represents today are true to its standards of excellence.