Our annual juried museum show opening in May 2020 at The Booth Western Art Museum in Cartersville, GA, is lining up to be an important event. We have recently confirmed three awards jurors who will select the finalists, women artists that will collectively receive approximately $30,000 in awards recognition, including one deserving artist who will walk away with the $10,000 Grand Prize (cash)! 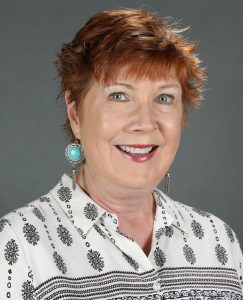 The Booth Museum’s Director of Curatorial Services, Lisa Wheeler, will be this year’s exhibition juror. Lisa is responsible for exhibition research, design and installation, as well as new acquisitions, overseeing the collection and research library in Cartersville. Wheeler has been with the museum for almost twenty years and started out as the Director of Education in 2001. She’s a graduate of the University of Georgia and received her Master’s in Art Education from the University of West Georgia. 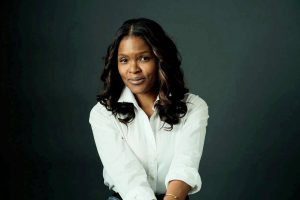 Chrishaunda Lee Perez is a writer, producer, and orator best known for her popular debut novel, “We Come as Girls, We Leave as Women,” about high school senior girls overcoming personal challenges as they head towards graduation. The book was released in 2018. The book was praised by Paula Wallace, founder and president of the Savannah College of Art and Design, and endorsed by Oprah Winfrey. Ms. Perez is also known for her work as co-writer and co-producer of the acclaimed science fiction/magical realism short film, “The Forever Tree”  from 2017, and memoirs of miracles including “Share The Dream: Building Noah’s Ark One Prayer at a Time,” from 2018. She resides in Atlanta. 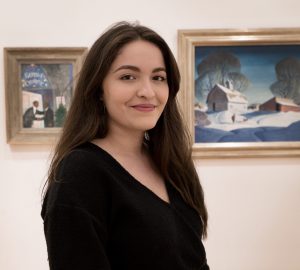 Catherine Javiera Huff is the Coordinator of Exhibitions and Collections at the High Museum of Art in Atlanta, Georgia. An Indiana transplant, she graduated with honors from the University of Georgia with degrees in Art History and Romance Languages. In February of 2017, she was welcomed to the High Museum’s American art department, and in 2018, she moved to the European art department. Her most recent departmental projects have included “Something Over Something Else”: Romare Bearden’s Profile Series and Fine Lines: American Works on Paper. Her interests include turn-of-the-century American art, historical African-American art, and the history and preservation of public art. 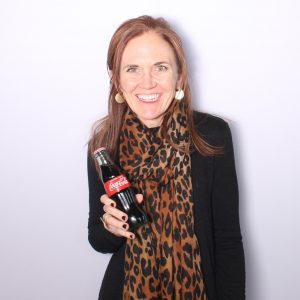 Elizabeth, Beth Wilson is the Fine Arts Specialist at The Coca-Cola Company in Atlanta, where she has worked since April 2019. Her responsibilities range from managing approximately 2,000 works in the corporate collection to curating special exhibitions throughout the Atlanta campus. Previously, Wilson was Creative Director of DAC Art Consulting for five years, and Senior Art Consultant at Soho Myriad for six years, both in Atlanta. Wilson began her career in the arts in 1997 as the curatorial assistant of Modern & Contemporary Art at the High Museum of Art, as well as assistant to the Deputy Director at the High until 2004. She’s a graduate of Ohio University with a B.A. in Art History.