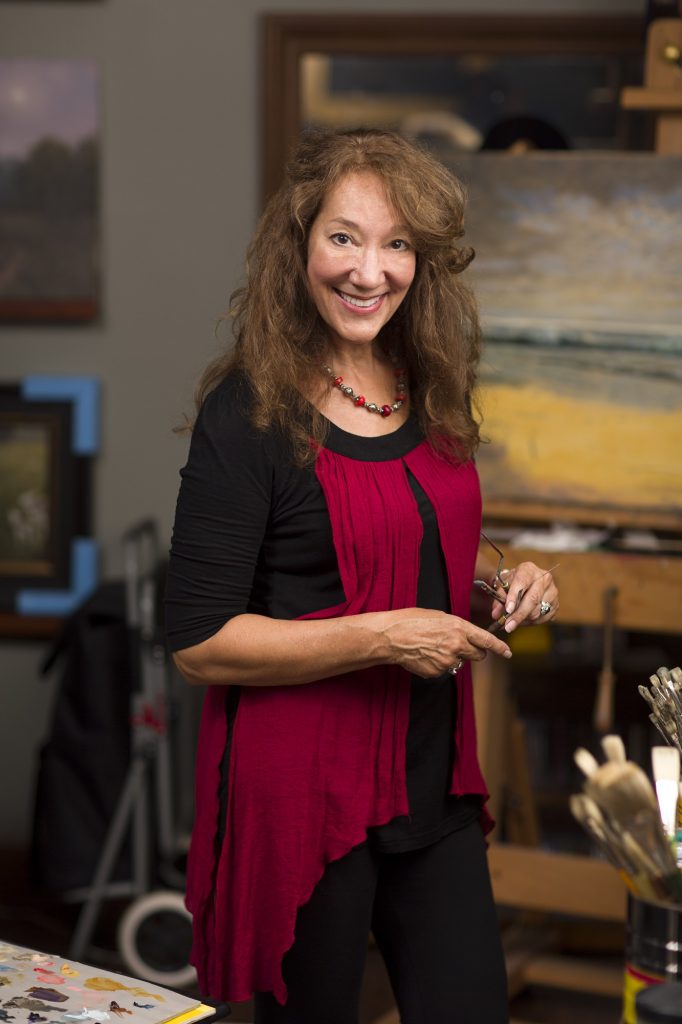 American Women Artists is excited to announce the election of its new president, Christine Drewyer. Christine brought a wealth of experience when she joined the AWA Board, given her background as an artist, gallery owner, newsletter and advertising copywriter, and exhibition organizer. She has been on the Board for three years, most recently serving as Advertising Chair and chair of AWA’s recent Master-Signature and Signature Members show at the R.S. Hanna Gallery in Texas.

Christine also has served on the Board of Women Artists of the West for eight years, four as its president, and most recently co-chaired WAOW’s 50th Anniversary show. “I’ll be stepping off the WAOW Board to focus 100% on AWA,” she said.

Although she has administrative and organizational skills, Christine believes one of her greatest strengths is encouraging, inspiring, and bringing out the best in artists, “We are all looking to be inspired, and I love convincing artists they can do more than they think they can do,” she said, and added passionately, “Art is a sacred expression, and women have such a unique voice. We are stronger than we are being credited for!”

Always a proponent of advertising, Christine excelled in her role as AWA Advertising Chair. She credits her selling skills as providing the ability to give women artists permission to sell themselves and their works. She believes that visibility is critical, and that advertising and a presence are what make the difference. “You need to see and be seen,” she said, “Let’s show off!”

Christine’s Celestial Promise received a purchase award at AWA’s 2018 25 in 25 show at the Haggin Museum in Stockton, CA. The show’s unique format offered 13 pieces from the Haggin’s permanent collection from which an AWA participant could select one as inspiration for her own piece. Christine reveals that George Innis is a long-time favorite, and she selected his Juniata River as her inspiration. “It was a match made in heaven!” she said, and considers the purchase award “the highlight of my career to date!” “That was the moment I knew I was doing exactly what I was supposed to be doing,” Christine declared.

Christine is looking forward to assuming the presidency of AWA. She is hoping to be able to offer additional travel opportunities similar to the trip to Italy a few years ago. Among her other goals for AWA are to figure out more opportunities for members and how to enhance AWA’s digital presence. “I’d love to come up with ideas to better represent our members; how can we be inclusive and grow?” she muses. “We have a lot of skill and balance … let’s bring it on!”