Who We Are  |  A Brief History
Exhibition History  |  AWA Staff 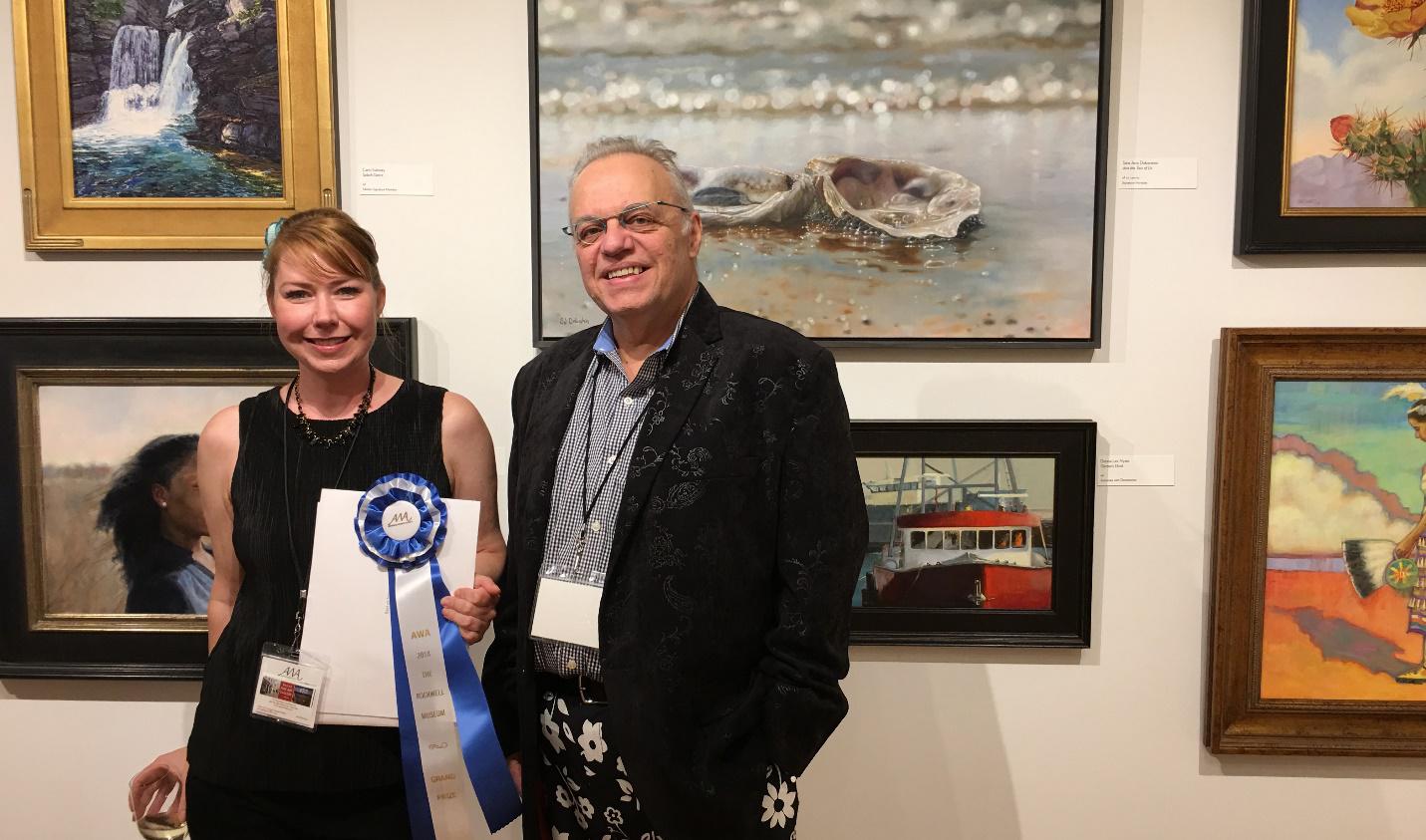 The Tucson Museum of Art, with the support of Friends of Western Art, organized the first Women Artists and the West exhibition in 1991. Twelve well known women artists working in the Western genre, were invited to participate. The show was so well received that the Museum organized a second exhibition in 1992, with 15 artists, and was called American Women Artists and the West. By year four the show had expanded to 29 women artists and included the group’s first Esteemed Guest Artist, Henriette Wyeth.  Today’s American Women Artists organization grew out of these early shows, evolving into an organization that could help women achieve their dream of becoming professional artists. Their goal was to help women painters and sculptors overcome barriers and create opportunities equivalent to those commonplace to their male counterparts. Nationally acclaimed sculptor Star York became the first president. “So many artists work in isolation and I recognized that a lot of people just needed some sort of help to move them from the level of aspiring artist to professional. When you work in a vacuum sometimes you don’t know which way to go and it can mean the difference between making it or not.” York’s office in Santa Fe became AWA’s headquarters and her assistant, Trish Roque, put in the administrative hours necessary to establish American Women Artists as a non-profit organization. Roque recalls those early days with fondness, laughing about dealing with physical mail instead of email, slides instead of digital photos, and checks instead of PayPal.

From AWA’s inaugural exhibit in 1991 at the Tucson Museum of Art, exhibitions continue through today with annual shows held in prestigious museums and galleries throughout the United States and abroad. The 30-year exhibition schedule is punctuated with keynote events like AWA’s annual Symposium on Women in the Arts, the Women’s Festival of the Arts held for two consecutive years in Santa Fe, the cultural-exchange exhibition in Italy in 2000, and workshops taught by Master and Signature members at such prestigious ateliers as the Scottsdale Artists’ School.

AWA’s first juried competition was held in 1997-1998. Awards of art materials, supplies, and cash were presented to 15 artists in encouragement of their art careers. The tradition of holding an annual National Juried Competition, with the finalists exhibiting alongside Signature and Master Members in AWA’s Annual Member show, continued until 2017 when AWA launched its 25 in 25 campaign. For the next 25 years, AWA is offering its members the opportunity to jury into an annual Museum exhibition. Associate and Associate with Distinction Members have the additional opportunity to jury into AWA’s annual Online Juried Show. These exhibitions speak to AWA’s dedicated mission to the inspiration, celebration, and encouragement of women in the visual Fine Arts.

When I found out I won the grand prize in the 2018 AWA Spring Online Show, I was beyond surprised knowing how many other incredible women entered this exhibition. To be able to represent women artists and share my work is an honor I can’t express enough. This organization is so important to showcase what we as women are creating and saying with our work. Thank you for the support and for awarding me Best of Show!!”