AWA has confirmed three jurors who will be selecting the finalists in the 2020 Spring Online Juried Show! 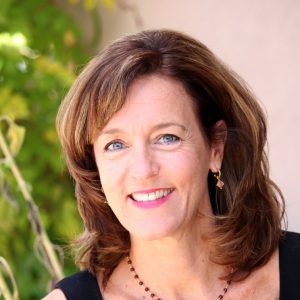 A 1989 graduate with Honors from the Art History Department at the University of North Carolina, Chapel Hill, Tonya was awarded the prestigious Morehead-Cain Scholarship for her studies in the history of art at UNC. Along with her husband Michael, she was the co-founder of the Turner Carroll Gallery in 1991. Tonya previously worked at the Philadelphia Museum of Art, Israel Museum, and Sotheby’s London. She studied Italian art and language at Stanford’s Intercollegiate Center for Classical Studies in Rome. Turner Carroll received the Raoul Wallenberg Scholarship to study at Hebrew University in Jerusalem, where she focused her research on Ancient Near Eastern art, art as propaganda, and art for social change. Turner Carroll advises private collectors and corporate clients on art acquisitions, assisting them in research, value estimations, and collecting. She has curated numerous exhibitions of contemporary art for museums, art centers, and cultural centers in the U.S. and abroad., and has written numerous art monograph and catalog essays.

Nadine is a contemporary photorealist painter known for her award-winning defiant nudes, irreverent portraits, and lush oysters. She has shown widely in museums and galleries in the U.S. and abroad and has been published in many publications. In 2018, Nadine was listed as one of Top 100 Oil Painters Working Now on Buzzfeed. Her work may be found in several private collections, most notably the Howard A. & Judith Tullman Collection, Chicago, and The Count-Ibex Collection, Germany. She is represented by Anthony Brunelli Fine Arts.

Stone sculptor Ellen is the 2019 recipient of the National Sculpture Society’s Marilyn Newmark Grant, awarded for excellence in animal sculpture. Ellen carves one-of‐a‐kind stylized animals, and her work is in private and public collections nationwide. Ellen’s first artistic incarnation was as a Directing Animator and Character Animator for 20 years at Walt Disney Feature Animation; the first female Directing Animator in the history of the studio. Ellen is a Signature Member of the Society of Animal Artists, Artists for Conservation, and American Women Artists.